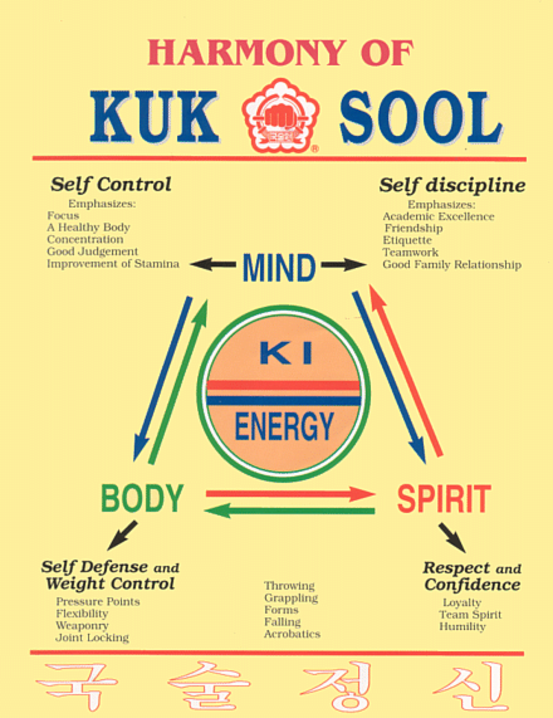 From the theory of YOU (flowing, as in water), we learn to "go with the flow" in the execution of our techniques. Like water, one should not struggle with any object it encounters. If water were to come in contact with a rock while going downstream, it simply goes around it, with no force or attack. So in this case, like water, when we are pushed, we should pull; when we are pulled, we should push. Also, water symbolizes many things, not the least of which are adaptability, softness and at the same time, great force. So although water can appear to be passive, it is in fact, very powerful.

The theory of WON (circle) acknowledges that every person has his or her own circle of "private space" which we want to protect. Attacks which invade this space should be redirected with flowing and circular defensive motions. Should an attack fall short of the private space, energy should not be wasted in defense. A circular block, rather than a linear one, deflects the opponent's force of attack, rather than compete with it. This circle should be thought of as least resistance; always rolling (active), and therefore, difficult to hold or grasp.

Finally, the theory of HWA (harmony) represents the mind and body living as one. Repetition in practice accomplishes this harmony. Harmony is achieved through a state of "emptiness" that recognizes "+" (yang) and "-" (um) are part of one; each is there to allow the other to exist, and cannot exist if the other part is not there. Then when the body and mind are one, techniques and training become "second nature" because the repetition is ingrained, and one can react instinctively to a situation.

The ramification of the theory of YOU - WON - HWA is that as flowing water seeks a harmonious state with its environment, constantly adapting to external changes, we should also seek to maintain harmony within our inner circle so that all trespassers in this space are redirected in direct proportion to the force they introduce.

The Harmony and theory behind the Art 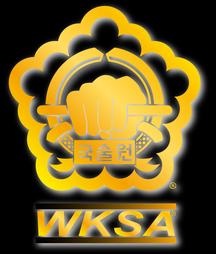